SUPRATHEL® is a synthetic one-time application wound and burn dressing for the treatment of dermal wounds. The application of SUPRATHEL® reduces the burden for patients, physicians and payors and leads to excellent healing results especially when used on scalds and burns, abrasions, as well as split skin graft donor sites.

Just like a second skin, SUPRATHEL® effectively covers the wound. Due to its specific properties it accelerates the wound healing process and reduces complications. SUPRATHEL was developed with the functionality of the human skin in mind and thus shares similar properties such as elasticity, permeability to water vapor and impermeability to bacteria. This is the basis for the healing success with SUPRATHEL®.

The SUPRATHEL® artificial wound and burn dressing as a thin elastic membrane adapts itself optimally to the surface of the wound and adheres on its own. SUPRATHEL® is only applied once onto the previously cleaned and disinfected wound where it remains until the wound is completely healed. After it is applied, the membrane becomes translucent and makes the inspection of the healing process possible.
SUPRATHEL® can be removed easily from the healed skin parts without causing any pain.

SUPRATHEL® was developed for the treatment of dermal wounds. SUPRATHEL® covers a wide range of wound care application:

The advantages of working with SUPRATHEL®

SUPRATHEL® Sales units at a glance

Packaging the different SUPRATHEL® order sizes are:
To learn more about the product and treatment process please have a look at 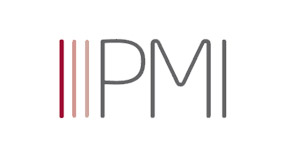