2cm depth penetration depending on the density of surrounding tissue and bone.

During carotid surgery, the Mizuho 8 MHz Surgical Doppler System aids in technical verification of the endarterectomy.

The Mizuho 20 MHz Surgical Doppler probe is easy to use. The probe tip is 2mm in diameter, making it extremely precise, while not taking up the whole field of view.

Although similar to the 20 MHz Surgical Doppler Probe, the bayonet handle probe features a low profile tip which has a diameter of 0.8mm. This allows for optimal visibility around the surgical site. 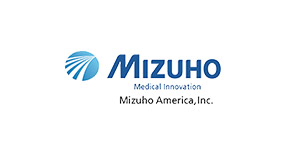